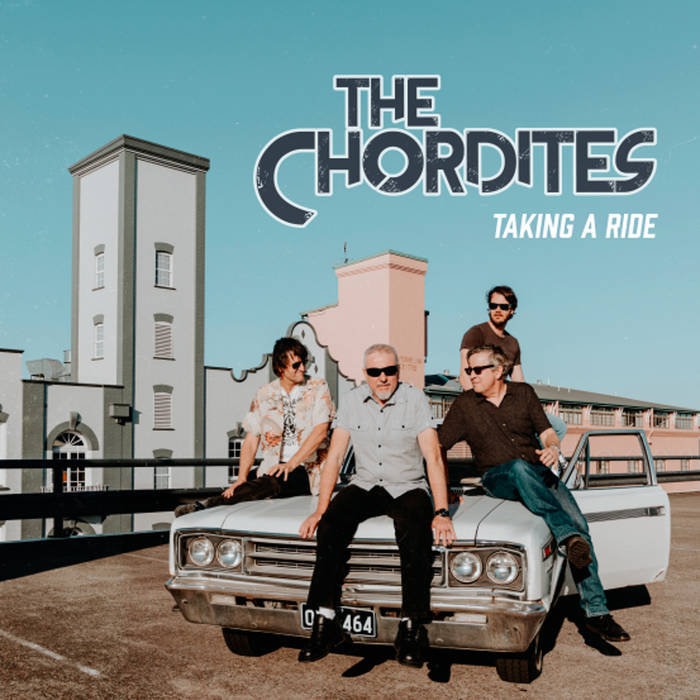 The Chordites take on garage, power pop and punk guitar rock and roll ends up sounding like all of their influences stretched out across their LP Taking A Ride. Big Star, The Replacements, Flamin' Groovies, Mudhoney, and Teenage Fanclub are just a few of the touchstones and references that are proudly on display here.

The tracks on Taking A Ride range from the classic power pop/punk of Better Things, Cindy Lee, Never Again & Sociopath; the full tilt garage rock n roll of Prime Evil & Liar and the rocker Touched By The Hand that harks back to late 80s Seattle. To cap off each side on the vinyl version you have the southern dream pop of Stars Align and the shoe gaze of Unfunny Joke which has an outro reminiscent of the best 60s psychedelia. The album also contains an all-out rocking cover version of the Gloria Jones tune Tainted Love.

The Chordites have been playing together for about 3 years in the usual dive bar gigs in Brisbane. They are comprised of ex-members of luminaries Daisygrinders, Subsonic Barflies and Death of a Nun.